The noses of the Renfe trains look differently, but they all go really really fast, like up to 300 km/h (below).  Like children with shiny toys, we were fascinated by the changing speeds, and nudged each other when it hit the top speed.

I could move between cars, and this glass sliding door kept the “inter” compartment isolated, which explains why there were always a lot of people on their phones in that place.  We had a “quiet” car on one of our train trips, which was really lovely, as it cut down dramatically on the party atmosphere.  Spaniards do like their conversations. 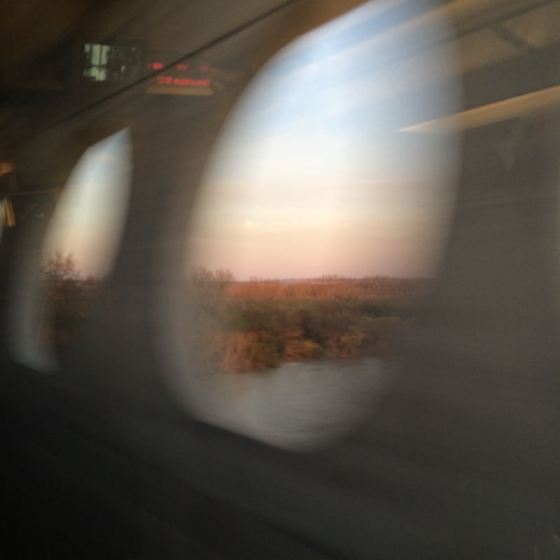 Trying to catch a photo of the landscape, instead I caught a photo of a passing train, the cars shuddering as they whoomped past each other at top speeds. 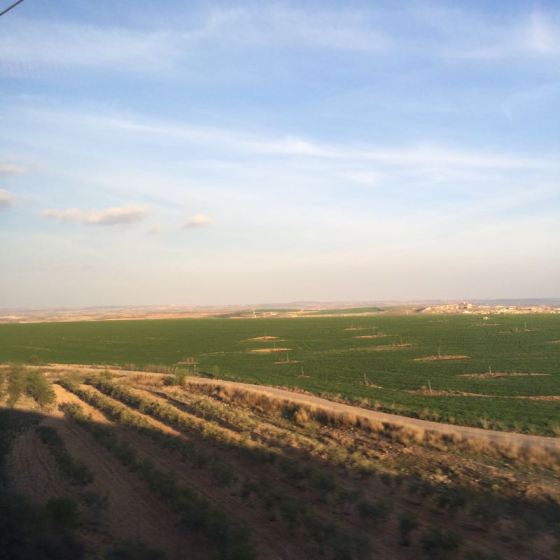 The terrain does remind me very much of California’s Central Valley, with green crops broken by brown plains, fallow farmland.

Last City: Barcelona’s Metro is limited through the city center, but runs very well.  We found there were two main lines we traveled on most of the time.  When we went out to see Anna at Barcelona Patchwork, we took another.  We split our time between busses on the surface (which are more interesting because you can see the city),  and the Metro. 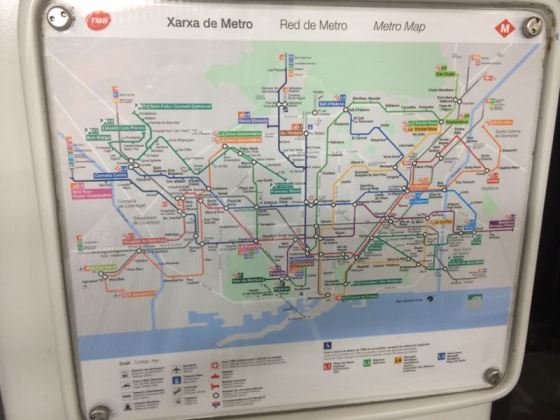